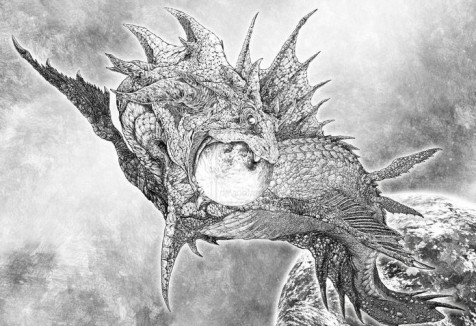 I am quoting another writer here
//Do you realize that in ancient times, astrologers were beheaded for not alerting the emperors in advance about eclipses? Eclipses were taken as negative omens. It’s true, they’re not the greatest days for important new beginnings or advancing one’s material affairs. On the other hand, there is really no need to make them into dreaded events. In fact, eclipses are wonderful for introspection, meditation, cleaning house, letting go of old baggage, quiet time or any other spiritual pursuit. The idea of paying attention to eclipses, or any astrological event for that matter, is simply to harmonize your action with the astrological weather.

Eclipses can be used on different levels as well. The most common way to use an eclipse in astrology is as an omen or sign portending global trends or events. Typically, because the eclipse is caused by a shadow passing across the Sun or the Moon, it is taken as an indication of negative events, suggesting problems for particular countries, leaders, or some aspect of world politics. On the other hand, eclipses can also be used for individuals. The astrological house in which the eclipse takes place will usually become sensitized for up to 6 months. If the eclipse falls near the same degree as a planet in the persons natal chart then it affects that planet and everything it symbolizes in the chart. If the eclipse falls on the persons natal Sun, Moon, Ascendant, or ruler of the Ascendant, then it will have a powerful effect.

In the course of the ordinary activities of day to day life, eclipses should be avoided for important new beginnings in material areas. If you are thinking about starting a business, getting married, approaching your boss for a promotion, or proposing to your girlfriend, then an eclipse is not the time to do it. On the other hand, if you are thinking about going camping, going on a retreat, starting psychotherapy, ending a relationship, quitting a job, cleaning house, or just spending some quiet time, then an eclipse can be a good time to start.

In the decision making process eclipses come in handy as well. If, for example, you find your dream house, or someone makes you a job offer at the time of an eclipse, it is generally a good idea to leave it. Things which you are presented with at this time are usually either short-lived or develop unforeseen problems later. If the thing that you are deciding is of an introspective or spiritual nature, however, then the eclipse might indicate a positive outcome.

The Nakshatra in which an eclipse falls will also give a clue to its effect on both nations and individuals. Generally, the nakshatra and whatever it symbolizes will be spoiled for the next six months after the eclipse. For this reason various remedial measures have been prescribed by the ancient Vedic Rishis in order to counteract the effect of an eclipse in each nakshatra. In India, it is common for people to fast for 10 hours before an eclipse and then perform a havan (fire ritual) in the middle of the eclipse. In the west, where Vedic pundits are more scarce, the recommended activity during an eclipse is meditation, or possibly the chanting of an appropriate mantra for the Nakshatra in which the eclipse is occurring. Please refer to the following notes of upcoming eclipses for appropriate mantras for specific eclipses.//

The great American Eclipse was in the Nakshatra of Magha and it signifies rulers, kings, prominent people and the like.

Recently, in India we had a fake Godman arrested, what followed next was nothing short of a revolt by his followers. They resorted to destroying and burning every possible vehicle, looting, and arson. The Eclipse was in America, but, the effects are worldwide. Check news here and here

As explained in previous post, Mars, the malefic planet responsible for tragedies, fire, destruction activates the Nakshatra where eclipse took shape – Magha. Mars is in Magha right now and has a 4 degree orb of influence.

These troubles are minor in nature (though to many it may be disastrous) – what follows during May 2018 will be a disaster of monumental proportions. Will be detailing it in another post later.

One thought on “Eclipse, Mythology and Astrology explained”

I was introducing to Mr Battu by a friend when I was on cross roads and was left with no hope . Guruji asked me to send the birth details along with my life events . Within a few days , he sent me the reading along with the remedies which I followed religiously. I … END_OF_DOCUMENT_TOKEN_TO_BE_REPLACED 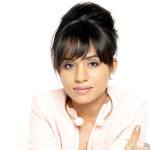